I had been seeing “button” letters on Pinterest for several months and knew I wanted to include a “G” on Guinnyth’s nursery wall somewhere. 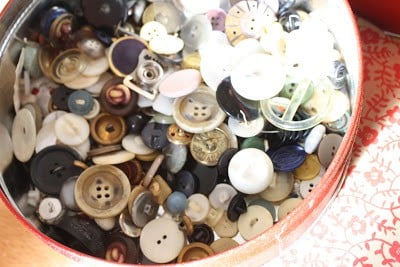 My mom and I had lots of buttons already on hand, so I chose the ones that I wanted to use on the “G”. 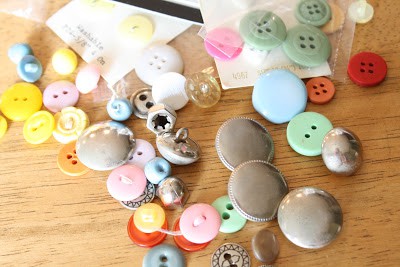 I traced a G on some heavy cardboard, but you could use a thick card stock if you had that on hand.
I cut it out and began gluing the buttons on with craft glue. 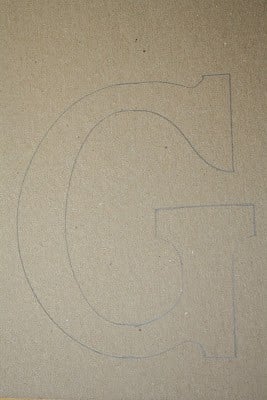 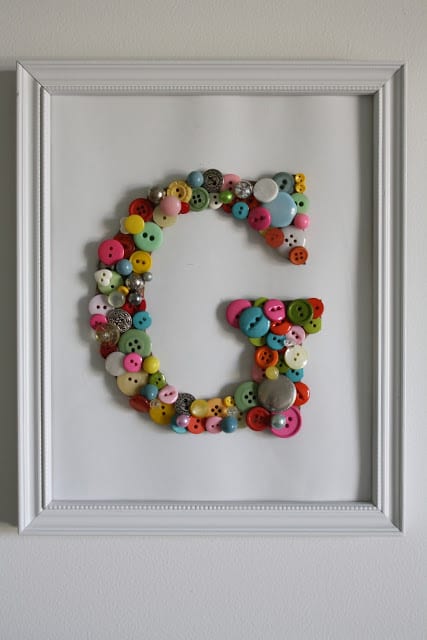 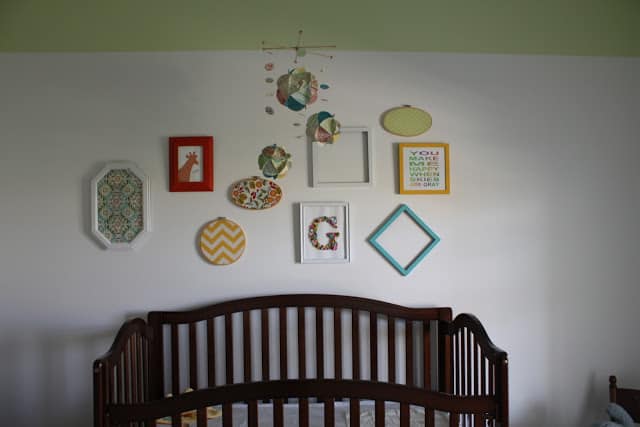 I absolutely LOVE the pop of color and texture the G adds to the wall collage.  It’s coming together!!!
xxLiz
linked to here
lizmarie
Previous Post: « Pumpkin Patch
Next Post: Wordless Wednesday »