the day our country was attacked by cowardly terrorists.  Heroes were left with little, to no, chance of survival, trapped on an air-born bomb. 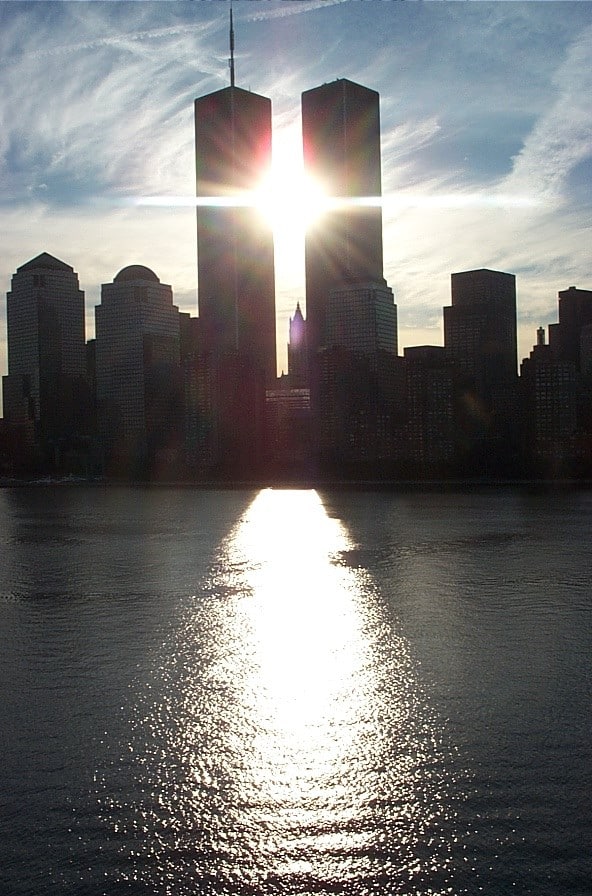 I was getting ready for classes.  It was my first year, and semester, of college.  My grandma had fallen and broke her hip the day before (Sept. 10) and my aunt, who lives in the heart of New York, was catching an early morning flight to come and be with grandma for her surgery.  My father had caught an early morning flight to Las Vegas for business.  I was watching TV and drying my hair when the program was interrupted and all I saw was the first twin tower as a big ball of dust.  I couldn’t figure out if what I was seeing was real, or if it was all a big mistake.
“Surely I simply did not understand what I was seeing and hearing.  There is no way that this could be happening.”
Then the second tower got hit and everyone was in complete shock.  I could hear gasps from other hall mates who were watching the same thing as me.
I had two tests that morning that I needed to get prepared for.  Then, the realization that my dad and aunt were both on flights that morning began to set in.  I panicked and then was told that the flights were unaccounted for.  I went to class with my cell phone in hand, waiting for some bit of information that told me all of my loved ones were safe, and practically failed both tests (Cs were ‘failing’ to me).  After classes my mom said that dad had been renavigated to a different airport and that my aunt was fine as well.
9-11 is the first major historical memory that I have.  I somehow feel very attached to the situation and at times feel obsessed with the details that the media puts out there.  The emotions and memories are so vivid that I can’t believe it has been ten years.  I feel so blessed to have all my family in tact.  I mourn with those that will be mourning today and the coming years.  I feel blessed to live in a country that takes freedom so seriously.
Thank you to ALL those that lost their lives that terrible day, those that volunteered their lives to save others, and those that serve, have served, and will serve to protect me and my family. 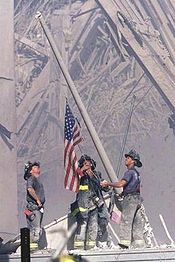