This delicious crusty bread has been a staple in our home for years. It is perfect for beginner bakers because it is, literally, a no fail bread recipe! 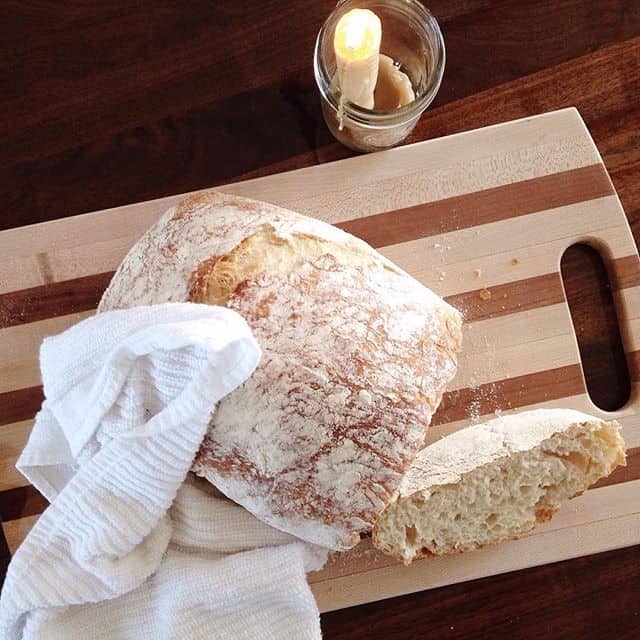 We eat a lot of bread over here and for good reason.  There’s nothing like the smell of warm bread baking in the oven.  To be honest, I am either baking or looking for new recipes to bake pretty much on the daily.

You know the old saying, “You don’t need to recreated the wheel?” Well, this tasty dutch oven bread is one of those recipes. I originally found this recipe for no knead bread in the New York Times and I haven’t looked back.

There are ways to add to this recipe, such as with cinnamon and raisins to make it a sweet bread, but the base of this bread remains the same.

What makes a bread recipe the best?

I tend to lean towards the easy recipes that don’t take a lot of ingredients.  I’ve found that those recipes go over better with my family compared to the unusual ones.  Also, if it’s too difficult, it won’t be worth the effort. I want it to be rewarding and not exhausting and this crusty bread is just that.

I also want it to turn out and be enjoyed every time, which is why this no fail bread recipe is perfect for busy moms who want to bake from scratch, but also want to be sure it will be delicious.

The thing I love about this bread is that I start it the night before and there is no need to knead the bread dough, or anything. You mix the ingredients in a glass bowl, cover it with plastic wrap and a tea towel, and set it in a corner on your kitchen counter. It is that simple!  I can’t even explain how easy this is.

If you are new to bread making… use this recipe.  It will be a hit, I promise!!!

Steps for the next morning…

Bake Bread with me!

Slightly over done bread is WAY better than slightly under baked bread. Err on the side of over baking. Make sure the bread is nice and golden brown before removing it from the oven.

No Knead Bread without a Dutch Oven

Dutch ovens are a wonderful kitchen essential, but they are also pricey. Not everyone has a dutch oven, but everyone should be baking this bread, so how do you bake this no knead bread without a dutch oven?

Baking without a dutch oven will still produce a delicious bread, it will just be a bit softer on the outside. If you want a truly crust artisan bread, put your bread loaf in a loaf pan and cover it with tin foil. Bake it the same way the directions indicate, as if you were baking with a lidded dutch oven.

This will produce a delicious no knead bread without having to have a dutch oven.

This bread isn’t necessarily a “no rise” bread, but rather a “slow rise” bread. That is what makes the amazing bubbles in the final product. If you are looking for a fast rise bread that you can make the day of, use an instant or fast rise yeast and give it a few hours on the counter to rise, instead of overnight. The final bread will be delicious.

Tools you may need

Other No Fail Recipe to try 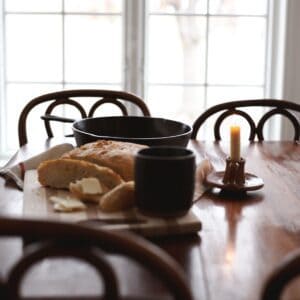 Pin it for later! 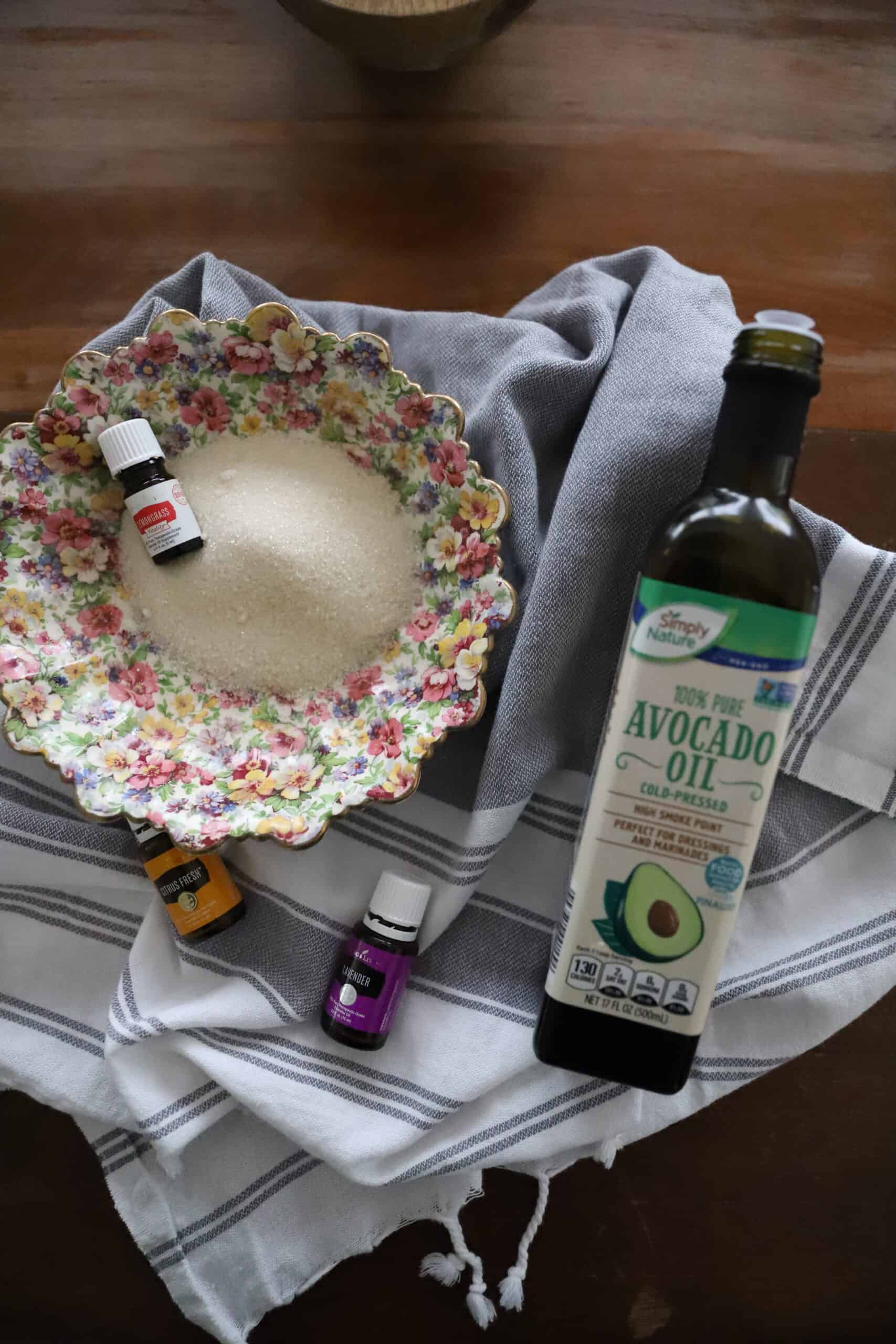 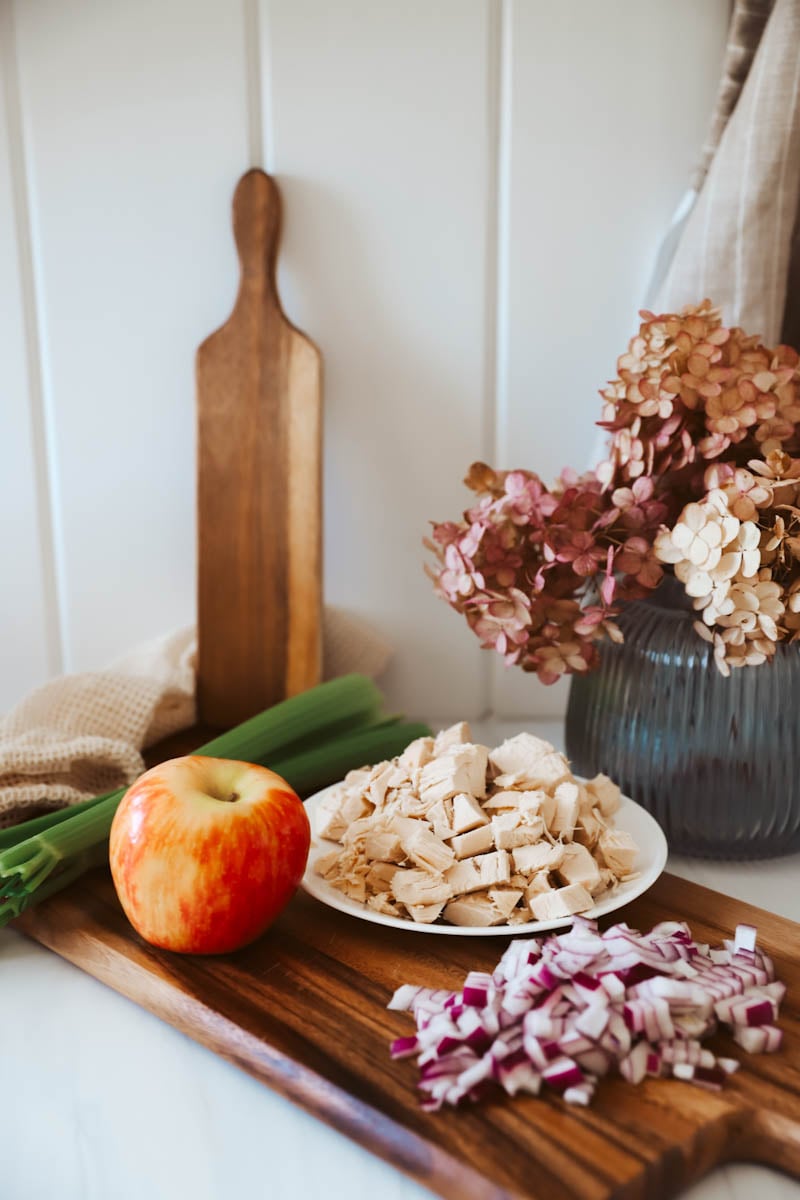 Chicken salad is a simple, yet flavorful dish that can be served as the main attraction or as a filling side dish. It uses wholesome ingredients and takes only minutes to toss together. My own favorite chicken salad recipe has nuts and chicken breast along with fruit and veggies. The best part about this salad… 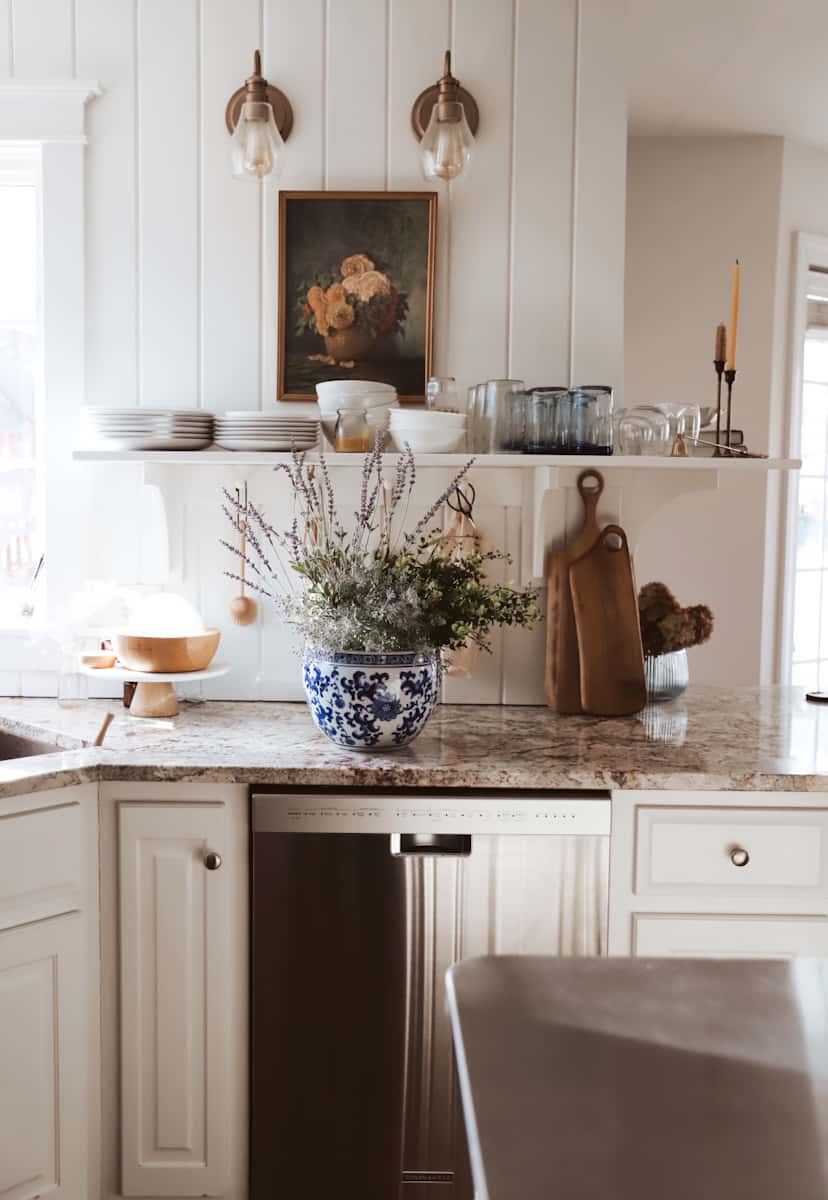 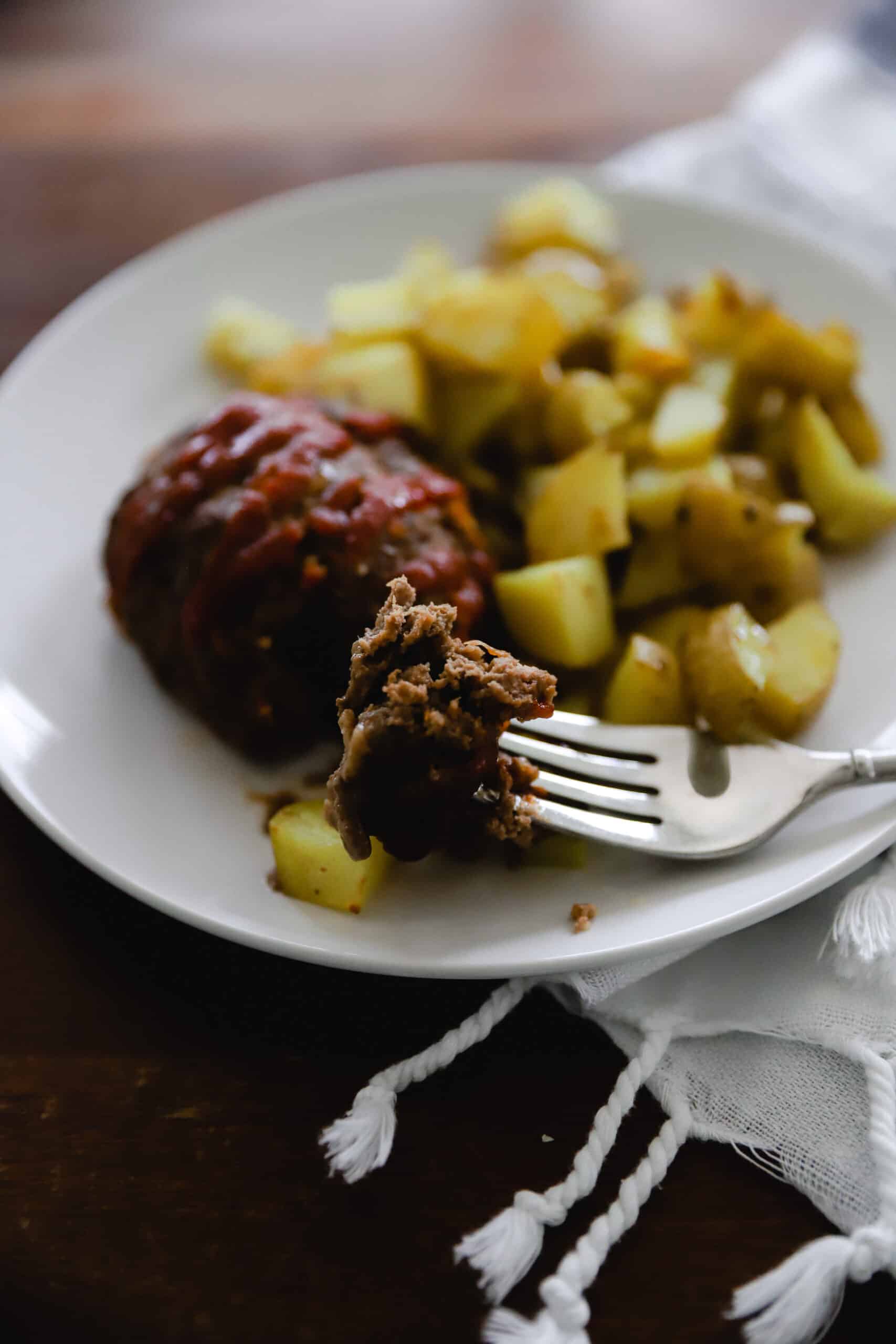 Meatloaf is one of those comfort foods that you eat with a scoop of mashed potatoes and a delicious salad. It is warm and flavorful and this mini version is perfect for serving a family or guests. The individual loaves makes this dish feel different and special. I’ve always loved meatloaf and I remember my… 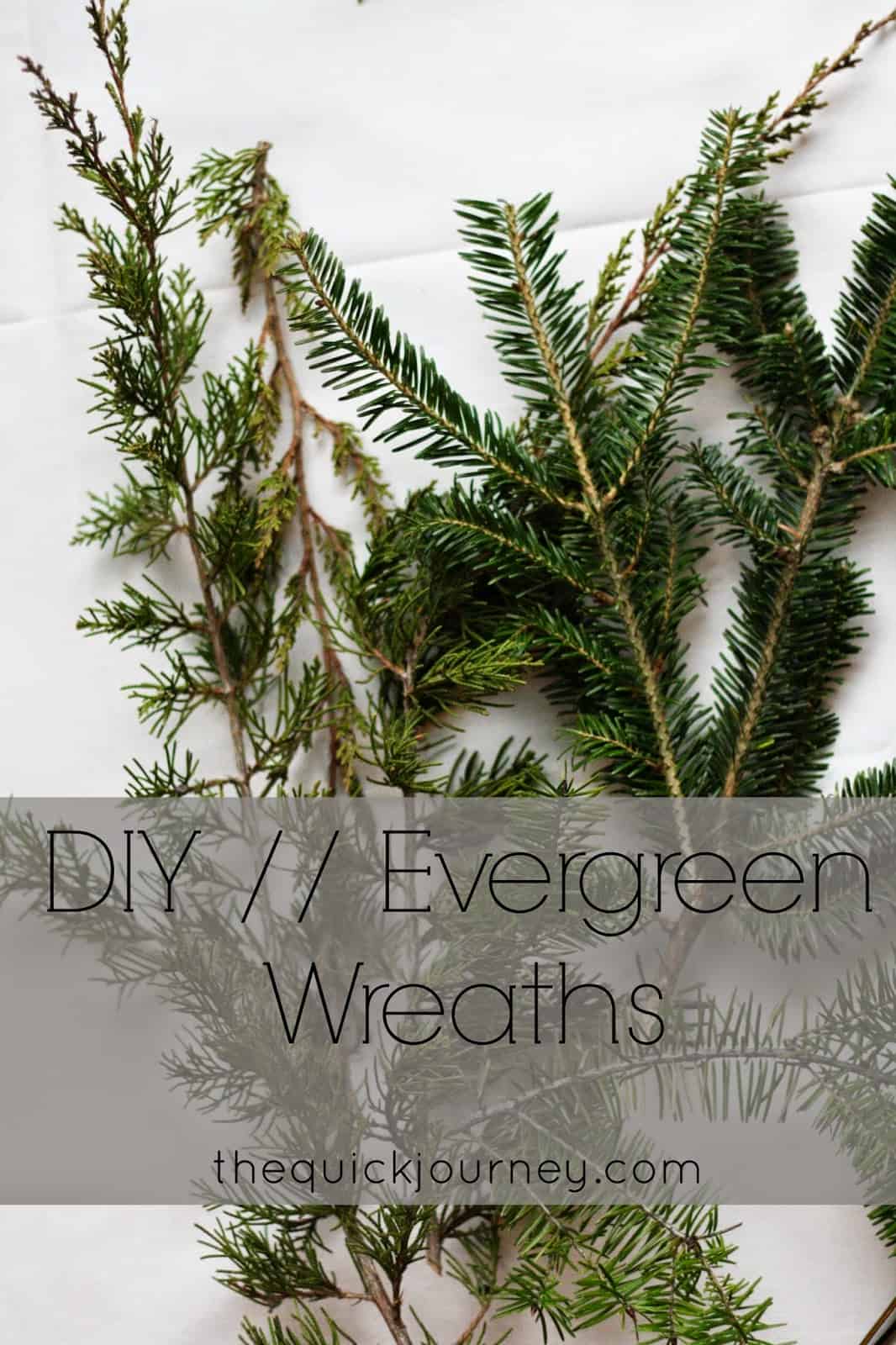 It’s Christmas time, and what is more festive than a REAL evergreen wreath? Not much!  I sent my sweet hubby out into the timber to cut some evergreen twigs so I could make a few wreaths.  I also went to Lowe’s and snagged some of their clippings for free! So, if you don’t have access… 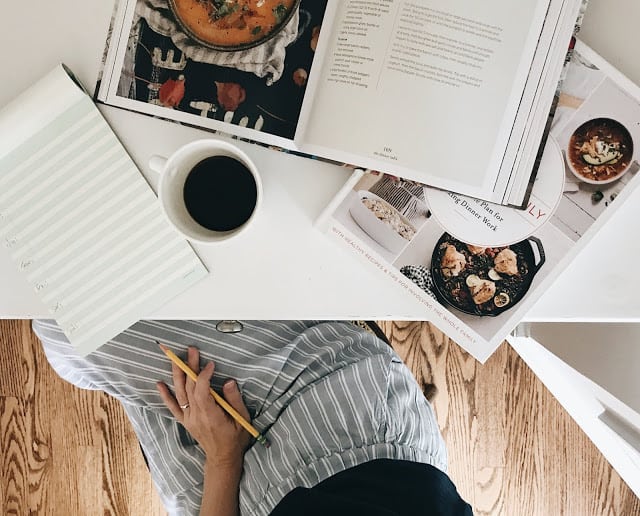 One of the most stressful parts of motherhood is when my kids are surrounding me asking me what’s for supper and I have no idea because I have next to little “supper-type” foods in my kitchen and no plan.  This usually happens to me after I have a long stretch of being a productive cook…